Kohl’s Black Friday Sale kicks off online this Monday (11/20) at 12:01 AM CST.  This is our absolute favorite week for sales and we will be posting deals live on our Facebook Page and in our Facebook Group Kidz Steals and Deals.  Many of the deals will load at kick off early tomorrow morning, but select Doorbusters will load at 12:01 AM CST on Wednesday 11/23.  As usual, Kohl’s has some of the best prices on the most popular Black Friday offers WHEN you consider the Kohl’s Cash that you get back for future use. On Black Friday, customers can earn $15 of Kohl’s Cash for every $50 spent. The Kohl’s cash earned from November 20th to November 25th can be used November 26th through December 5th.

Many Black Friday deals have standard pricing across retailers. Some retailers will offer gift cards, but no one offers the same level of additional savings Kohl’s does. If you have something to use the Kohl’s Cash on and are looking for something that’s being offered at all retailers, Kohl’s is absolutely the way to go this Black Friday for big ticket items. Of course, there is a caveat. The most popular Doorbusters sell out fast and you will have to be ready to pounce on them as they load on 11/23.

What are the best Kohl’s Black Friday Deals for 11/20?

For starters, there is a link to the Kohl’s Black Friday Preview at the top of the site here. We will be highlighting some of the best deals below, but there are hundreds more deals available. In addition to the sale prices, using code HARVEST15 will take 15% off most items. Here are the best Kohl’s Black Friday deals! 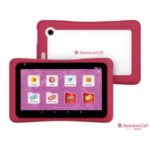 Kohl’s will also be offering the American Girl Nabi for $39.99 (reg $79.99). This is the best deal we have seen for a budget tablet (that is already outfitted with a case). No promo codes can be used on this item. 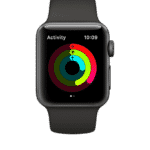 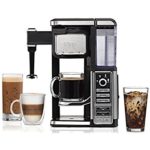 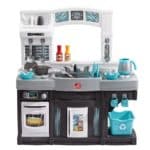 What are the best Kohl’s Black Friday Deals for 11/23?

The absolute best deals launch on Thanksgiving, 11/23 at 12:01 AM CST. These are the Doorbusters. For the most part, 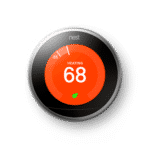 The Nest Thermostat and Cameras are traditionally a very popular Black Friday deal and smart home items are hot this holiday season. There is standard pricing on Nest systems. The thermostat will be 199.99 at most major retailers. It will also be $199.99 at Kohl’s, but you will also earn $60 in Kohl’s Cash, bringing the all in price to $139.99! Similarly, The Nest Indoor and Nest Outdoor cameras will be discounted. The Nest Indoor Camera will be priced at $149.99, with $45 Kohl’s Cash, bringing it down to $104.99. The Nest Outdoor Camera will be $169.99, with $45 in Kohl’s Cash bringing it down to $139.99. You can’t beat those prices! We already have the thermostats (LOVE them) and I will be grabbing the cameras on Black Friday from Kohl’s and will probably spend the Kohl’s Cash on the Smoke Detectors. Check them out here. (Doorbuster, loads 11/23) 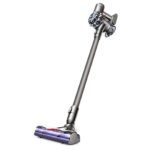 Next up is the Dyson V6 Animal Stick. The standard Black Friday Price is $249.99, which is the same price that it will be offered at Kohls, but with $75 Kohl’s Cash, the final price is $174.99. We will also be keeping an eye on the new Shark Ion Stick Vacuums. I grabbed one a couple weeks ago and prefer it to my older Dyson V6. (Doorbuster, loads 11/23) 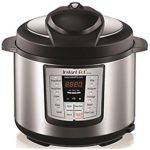 There are always plenty of great Kohl’s Black Friday Deals. Be sure to join us in our Facebook Group Kidz Steals and Deals. We will be ready to go when the sale loads with the best Black Friday deals at Kohl’s (and other stores as they launch)! 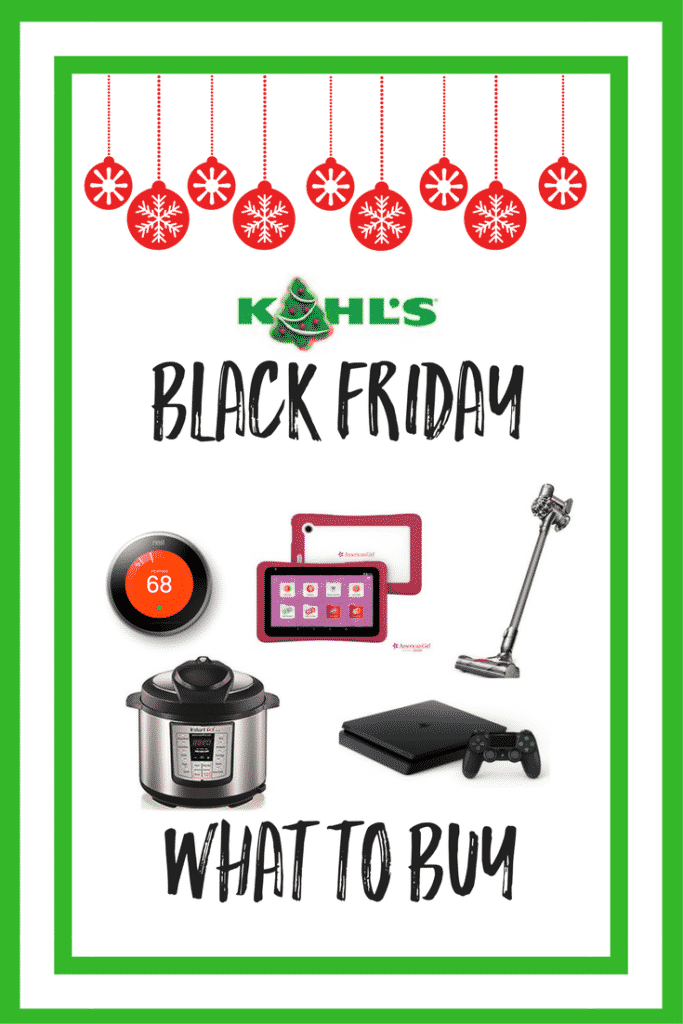